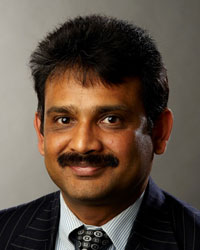 If you made any changes in Pure these will be visible here soon.

He studied and researched at Peking University, China and JNU, India and has been involved in teaching Chinese literature, Chinese language pedagogy and translation and interpreting activities for more than 25 years. He has interpreted for top Chinese and Indian political and business leaders and authored several articles and books on social, political and diplomatic aspect of China and learning Chinese.

Aside from interpreting at several international conferences, he has also translated several academic articles from Chinese into English and contributed in international journals and books. He is also a regular commentator on China, working with both print and electronic media and has been interviewed by BBC, CCTV and many other International TV channels.