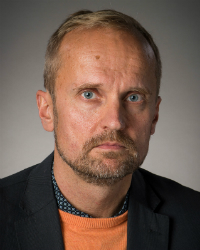 In addition to purely academic work Professor Kivimäki has been a frequent consultant to the Finnish, Danish, Dutch, Russian, Malaysian, Indonesian and Swedish governments, as well as to several UN and EU organizations on conflict and terrorism.

In his new book Failure to Protect. The Path to and Consequences of Humanitarian Interventionism (Cheltenham: Edward Elgar Publishing, 2019) Professor Kivimäki revealed new patterns in contemporary warfare, and made sense of them by looking at political discourses and cases of unilateral humanitarian intervention. His conclusions on unilateral pattern of humanitarian intervention are damning: humanitarian interventions contribute to the increase in the number of fatalities among civilians and to the weakening of state capacity to contain violence. In his forthcoming projects Prof. Kivimäki will look at the opportunities of protection of civilians by the UN (Protecting the Global Civilian from Violence: UN Discourses and Practices in Fragile Countries. Routledge 2020/2021) and by regional actors in their own region.

Dissertations on the relationship between state fragility and conflict, as well as on the international efforts at protecting civilians in fragile and predatory states.

How does nationalist selfishness creep into cosmopolitan protection?

Sanctions, Dialogue and Friendship-Building as a Strategy for Peace

Coding of US Presidential discourse on protection