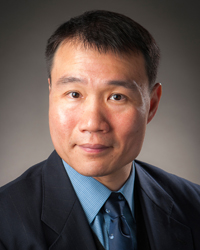 Theory, practice and ethics of statecraft have been central in my research and publications.

In 'Post-Colonial Statecraft in South East Asia: Sovereignty, State-building and the Chinese in the Philippines' (I. B. Tauris, 2013), I argued for the creative strategies, resilience and enduring strengths of the seemingly 'weak' Philippine state in successfully keeping itself intact. The completion of this project was only possible with the generous help of the Filipino people, the Philippine government and the Roman Catholic Church in the Philippines.

Through a series of dialogues within an international networks of theologians and scholars, 'Discerning the Powers in Post-Colonial Africa and Asia: A Treatise of Christian Statecraft' (Springer Nature 2016) was an intended contribution to the inter-connected fields of political sociology/science, political theology and post-colonial studies. The book also depicts the larger intellectual context and project of 'Bandung: Journal of the Global South', which I founded with a group of distinguished scholars, senior policy-makers and forefront practitioners since 2013. Having published by Springer Nature since 2015, 'Bandung: Journal of the Global South' has been taken over by Brill Academic Publishers (Leiden & Boston).

Through the researh and writing of the book 'Destined Statecraft: Eurasian Small Power Politics and Strategic Cultures in Geopolitical Shifts' (Springer Nature 2018), I was privileged to have participated in and contributed to the research projects of not just in the academia, but also to the policy-making discussions and processes in a number of think-tanks, NGOs, governments, foreign service/affairs ministries and the Church, especially in the Global South.

My hearts and thoughts are often with the weak, the small and the inarticulated. Tears and sorrows can be sacred.

A study of post-colonial statecraft in the Pa-O Self-Administered Zone in the Southern Shan State of Myanmar, 1988-2015