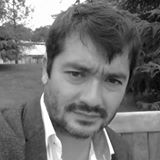 Dr Wehner is Reader in Foreign Policy Analysis since May 2019. Leslie joined the Department of Politics, Languages and International Studies as Senior Lecturer (2015-2019) and previously, he was Senior Research Fellow at GIGA German Institute of Global and Area Studies, Hamburg (2012-2014).

His specific areas of interest include role theory in foreign policy analysis and international political economy, emerging powers (BRICS), foreign policies and foreign economic policies of Latin American states, and regional cooperation in Latin America. Leslie is also member of the editorial board of the Journal of Politics in Latin America (JPLA) and Foreign Policy Analysis. He was recently appointed as Member of the Long Range Planning Committe at the ISA-International Studies Association for the period 2019-2021. Previous to this latter appointment, Leslie also served as At-Large Officer of the Foreign Policy Analysis Section at the ISA-International Studies Association in 2016-2017.

Master of Arts, University of Essex

The Role of History: A Role Theoretic Understanding of Emerging Powers

The role of role theory in International Political Economy