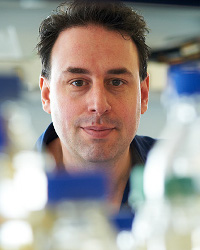 Our research is focused on understanding the evolutionary genetics of complex characters, with a special focus given to understanding the influence that frequently ignored or under-appreciated sources of genetic variation have on the genotype-phenotype relationship and how this, in turn, influences evolutionary processes. We integrate theoretical, computational and empirical quantitative and population genetic techniques to achieve our goals. Current research is primarily focused in three areas.

1) The evolution and genetic architecture of genomic imprinting. On the evolutionary side we have been focused on understanding how various processes can favour the evolution of imprinted gene expression. Many of these processes involve interaction effects, where genomic imprinting enhances the evolution of genetic coadaptation. On the genetic architecture side, we have been working to understand how imprinted genes contribute to patterns of phenotypic variation in populations. We are also interested in how imprinted loci contribute to the dynamics of phenotypic evolution.

2) The genetics of social evolution (and closely related concepts). Much of this work has been focused specifically on understanding the genetics and evolution of maternal effects, where genes in mothers influence the expression of traits in their offspring. Along these lines we have been working on evolutionary models that incorporate various types of maternal effects, and computational approaches to determining the contribution of these effects to patterns of variation. We have also been applying approaches to studying the genetics of social evolution to understand ecological interactions between plants, especially competitive interactions, and the evolutionary genetics of conflict and cooperation using the social amoeba Dictyostelium discoideum as a model species.

3) The genetic architecture and evolution of pleiotropy (where one gene affects the expression of multiple traits). We are working with a number of experimental systems to understand how pleiotropy constrains evolution and how various types of genetic variation can allow pleiotropic patterns to evolve.

Causes and Implications of Adult Sex Ratio in Mammels

Strategic investment explains patterns of cooperation and cheating in a microbe