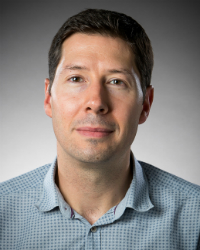 Dr. Fairchild’s current research is funded by the European Commission, the Medical Research Council, and the Economic and Social Research Council, and in the past he has been funded by the Wellcome Trust, the British Academy, and the charity Kids Company.  The majority of this work has involved using neuropsychological or neuroimaging approaches to understand individual-level factors that contribute to risk for developing antisocial behaviour and aggression, such as facial emotion recognition difficulties and changes in brain structure or function.

Another major project that Dr. Fairchild is involved in, the English and Romanian Adoptees’ Brain Imaging Study (ERABIS), seeks to understand the long-term consequences of institutional deprivation on brain development by studying the brains of adoptees who previously experienced varying durations of deprivation in Romanian orphanages.  This study uses advanced structural and functional neuroimaging methods to investigate the impact of early deprivation on brain development, activity, and connectivity.  As many of the adoptees have had positive outcomes, and have appeared to largely recover from their early negative experiences, another important focus of the study is understanding mechanisms of resilience – why is it that some adoptees show enduring mental health difficulties, whereas others appear to have overcome their earlier disadvantages and are adapting well to adult life?

As well as these research commitments, Dr. Fairchild coordinates and delivers teaching on the Developmental Psychopathology and Biological Psychology modules within the Psychology undergraduate programme.

(This study was also covered in The Telegraph, The Guardian and several other national newspapers).

Applications from prospective PhD students would be welcomed in any of the research areas described.

Psychological and physical heath impacts of childhood trauma: A longitudinal study based on the Drakenstein Child Health Study

Mind the gap: evidence that child mental health inequalities are increasing in the UK

Neural correlates of theory of mind in typically-developing youth: Influence of sex, age and callous-unemotional traits

Open Access
Your message has successfully been sent.
Your message was not sent due to an error.
If you made any changes in Pure these will be visible here soon.