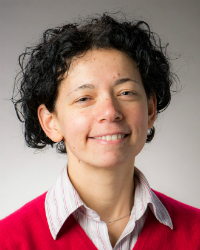 Eleonora's research interests are in the economics of health and applied micro-econometrics. Her research investigates the socio-economic determinants of health in both developed and developing countries. Her focus is on how individuals and organisations interact with each other and on the `upstream' determinants of health. Her recent work investigates the effect of information and taxes on consumer behaviour (including their dietary choices), health and housing, the relationship between health treatment and behaviours, the effect of early life interventions on later life health and the relation between physical and mental health.

Eleonora has obtained grants from the Medical Research Council (MRC), MRC jointly with DFiD and ESRC, the National Institute for Health Research, the Royal Economic Society, the Manchester Institute for Collaborative Research on Ageing, the University of Manchester Research Institute and the School of Social Sciences at the University of Manchester. Current grant-funded work examines the health impact of health financing systems in sub-Saharan Africa, and the effect of maternity leave policies on the academic job market. From October 2019, she will work on an MRC consortium grant investigating the effects of urban development on health.

She has presented at several national and international conferences in economics, health economics and econometrics, and development economics.

Designing and using incentives to support recruitment and retention in clinical trials: a scoping review and a checklist for design

A framework for evaluating service innovations in the Early Cancer Diagnosis Programme: Report for the Cwm Taf University Health Board (Lot 1)

Open Access
File
Your message has successfully been sent.
Your message was not sent due to an error.
If you made any changes in Pure these will be visible here soon.