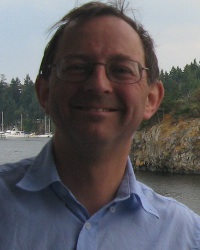 I have broad research interests in interdisciplinary industrial and applied mathematics with a particular interest in complex nonlinear problems arising in real applications. Typically these involve the solution (analytically or numerically) of partial differential equations. A large amount of my work for the last ten years has been in numerical weather prediction and data assimilation in close collaboration with the Met Office (which I visit very frequently). My algorithms are now incorporated into the Met Office operational weather forecasting code where they have made a significant difference to their accuracy and received a Knowledge Transfer Award. I am also working on climate modelling using modern mathematical and computational methods and am actively involved in a number of international climate modelling networks, including CliMathNet which I co-direct and the Maths of Planet Earth programme. I also collaborate with the energy industry, the aerospace industry, the telecommunications industry and the food industry. Anywhere that maths can be applied is of interest to me.

Public Understanding of Science and Engagement

I believe very strongly indeed that the excitement and importance of mathematics and science should be communicated to as wide an audience as possible. I am actively involved in doing this, both in developing programmes with young people through my positions of Prof of Mathematics at the Royal Institution and my vice-presidentship of the Institute of Mathematics and its Applications, and in directing the Bath Taps Into Science Festival. My recent projects include two Citizen Science Projects in Climate Science and I am also working closely with Policy Makers involved in climate science. The latter has involved regular discussion/policy meetings with senior civil servants through the CliMathNet network, and also in running programmes on climate science with the British Science Association, the Science Museum and the Royal Institution.

Institute of Mathematics and its Applications