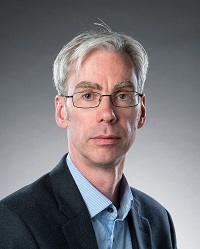 i) Simple sequence repeats (SSR) are short tandem repeats of nucleotide ‘words’ that are hypermutable, largely due to their ability to cause slip-strand mispairing by DNA polymerase. Their occurrence in bacterial genomes is usually attributed to their role in phase variation. Otherwise, they are considered deleterious and would be expected to be purged from genomes over time. We have discovered the significant widespread occurrence of SSRs in bacterial genomes in locations that are not consistent with phase variation. Discovering what are the role(s) of these SSR sequences is an ongoing challenge.

ii) Horizontal gene transfer (sometime called lateral gene transfer) is a significant force in the evolution of bacterial genomes. The availability of whole genome sequences has led to the development of a number of bioinformatics techniques for detecting regions that have been horizontally transferred. We are interested in developing more sensitive bioinformatics techniques for detection and also modelling the amelioration of horizontally transferred sequences in order to better understand their molecular evolution.

iii) The availability of whole genome sequences has allowed the identification of genes and prediction of metabolic pathways for specific organisms. Occasionally, metabolic pathways can be reconstructed but one gene appears be “missing” from the genome, but it is clear that this cannot be the case, otherwise the pathway would not function. We are investigating bioinformatics methods for systematically identifying such “missing” genes using non-primary structure based approaches.

The N-terminal RASSF family: a new group of Ras-association-domain-containing proteins, with emerging links to cancer formation

Multienzyme complexes in the Archaea: predictions from genome sequences